About 21 years ago, most people would have possibly written Apple Inc. off. The company was on the brink of bankruptcy and even had to reduce its workforce by one third (1/3). Fast forward to this year 2018, and the story is no longer the same. Simple, believe in yourself.

Apple is now the first private company to hit the $1 trillion valuation. To put things into perspective, other companies such as Microsoft, Amazon, Alphabet (parent company of Google) have come close to the mark, but no public US company has hit a $1 trillion remarkable point. 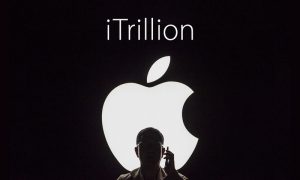 The current valuation have also had positive effect on Appleâ€™s stock as it jumped 2.8 percent to as high as $207.05 which could also go higher than, according to the Wall Street Journal.

Meanwhile, rumour says that Apple will introduce 3 new iPhones in September and one of it could be dual-SIM enabled.

Glo Subscribers Gets Data Calculator To Determine Their Data Usage