Would You Buy A 9 Camera Smartphone?

Just when you think you have seen it all in terms of camera. When dual camera set up rolled out thanks to Huawei P9 and LG G5, we thought technology has reached its peak, not knowing that we are just starting to see things. Back in March, Huawei launched the first smartphone with a triple camera setup and DxOMark said that smartphones with four cameras will soon become very common.

Now, according to the latest news from Washington Post, Light is working on a smartphone with 9 cameras. In case you never heard about Light: it is the brand which released the first computational camera with 16 sensors, called L16. 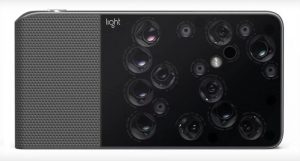 These are all things Iâ€™ve seen smartphones do â€” some in prototype form, others in models you can get only in China.

But this time around, we are about to witness a smartphone with 9 cameras from Light, according to what Washington post reported. 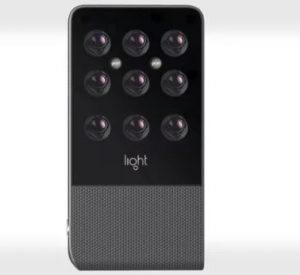 According to the manufacturer, its technology can make cameras shoot photos with resolutions of up to 64 MP. It can achieve good performance even with low-light conditions.

Light promises sophisticated depth effects and unmatched zoom capabilities, unrivalled in the smartphone market. Phones like this donâ€™t come cheap even though we donâ€™t know the hardware capabilities yet.

The L16 cost $1,950 and we expect the upcoming smartphone with 9 cameras to cost more than that.

Would you love to get a 9 camera smartphone?