We are expecting Samsung to launch its high-end tablet, the Galaxy Tab S4, very soon considering all the leaks and rumours going around.

The popular leakster Evan Blass released some revealing photos of the optional keyboard cover. With it, Samsung’s Galaxy Tab S4 should be able to go against Apple’s iPad Pro, although the price should be considerably lower. 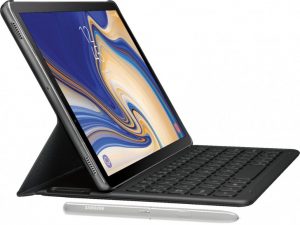 According to one of the photos, the tablet will come with a white stylus, too. 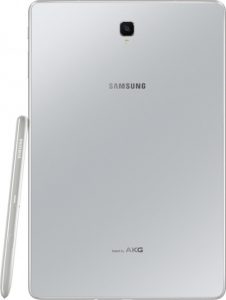 Speaking of, Evan provided a comparison image between the Galaxy Tab S3 pen and the S4 pen. The new one looks sleeker and shiny, enhanced functionality is also possible.

Nonetheless, no info about fingerprint reader on the device. Is it going to be side-mounted or will there be a fingerprint reader at all? An in-display sensor is a far-fetched idea in our opinion – Samsung would have introduced in a smartphone first and it makes little sense to be used in a tablet. One thing is for sure, though, the home and hardware navigational buttons are out of the picture considering the slim bezels.

62,709 Telecom Subscribers Have Ported To Other Networks so far

Instagram Will Allow Users To Request Verification Via Its App