Guess MultiChoice is trying to compensate its subscribers after the planned increase in prices of subscription which will be effective from August 1, 2018.

Already, the PayTv is facing stiff competition with Netflix in its home country, South Africa and that might start happening in Nigeria very soon. 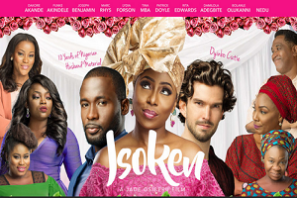 According to MultiChoice, ALL active DStv and GOtv Max subscribers will be treated to the first ever Africa Magic Nollywood Stars Pop-Up Channel (DStv channel 198 and GOtv channel 29) with access to some of Nollywood’s biggest titles.

the Nollywood Pop-up channel will feature the biggest homegrown movies with no space for repeats and would also be streamed on the DStv Now App.

Subscribers will have a choice of critically acclaimed Nollywood movies to select and watch.

The pop-up extravaganza kicks off with big titles such as Isoken, Okafor’s Law, A Trip to Jamaica, Lotanna, Road to Yesterday, Hakkunde, Dinner, and 76 amongst many others and will also feature a special ‘AMVCA block’ showcasing nominees of the upcoming 2018 AMVCAs.

The Africa Magic Nollywood Pop-Up channel will open on Wednesday, 1 August at 12 pm and run till Friday, 31 August, 2018 on DStv channel 198 and GOtv channel 29.

Kwese TV: Another Cable TV enters Nigeria with options of 3...

How To Activate Airtel 3Flix Mobile Tv Service On Your Smartphone