Microsoft, Google And Others Team Up on Data Transfer Project

Recall how terrible it could be when switching from one service to another or just obtaining a new device. You spend uncountable hours in the process of moving your whole data over. Well, these tech firms as well knows what you pass through and are now working on how to help you by making your data transfer easier and faster.

Google, Microsoft, Twitter, and Facebook have come together to bring up something called the Data Transfer Project. The notion behind the project is that the system will transfer the data directly from one service or platform to another. There will be no need for any downloading, uploading, converting or loss of data.

The project has seen several of its work done by Google and Microsoft, with Facebook and others accepting the protocol as the standard. The move by these two companies makes sense since a lot of data from both companies platforms needs to be transferred. The project permits photos, mail, reminders contacts and events to be transferred. 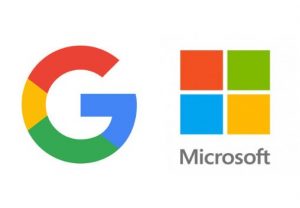 What Other Things Does The Project Entails?

The Data Transfer Project will allow you to seamlessly move photos and other content between social media platforms. It will also keep the metadata, saving you time from retagging posts. Porting your data this way will be much more effective than shares and downloads.

The data is also said to be heavily encrypted on both ends, which will help a user’s comfortability level amid the privacy scandals. It will be critical for these companies to get others on board. Some future use cases could be music playlists or app lists.

Companies are recognizing that consumers today operate across a variety of platforms and their data needs to as well. It is not uncommon for a person to have devices spanning two or three operating systems or platforms and making the customer happy is a priority for any business.

Do You Need A Loan? See Where and How To Get Personal Loans Online