This is not the first time we will be talking about the upcoming blockchain smartphone by HTC, also known as Exodus. Please note that this is different from the Exodus cryptocurrency wallet. The popular phone maker has today officially announced that the phone is expected to be launched in Quarter 4.

Just like the Finney phone from Sirin labs, The phone will serve as a “the first cold wallet phone with key recovery.” 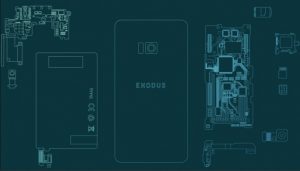 Unfortunately, for now, there seems to be little information about the device available.

What Do We Expect From An HTC Blockchain Phone?

Crypto-currency is still buzzing the internet despite suffering some setbacks in its popularity among some social media giants such as Facebook, Twitter and others like Google, Microsoft and Apple. It is still yet to go mainstream. Personally, crypto-currency phones appears to be far from ready for mainstream adoption either, so it looks like Sirin Labs and HTC are betting against huge odds of market success.

It is even graver when you bear in mind that both companies are struggling. Sirin came close to shutting down a few years ago, and HTC has been struggling to keep afloat for years. Pushing a blockchain phone in these conditions is a shocking gamble. The addressable market of blockhain phones is so small that it is hard to foresee either of these companies making solid returns.

Sirin Labs claims that their Finney phone is the most secure smartphone, but it has been proven again and again that most consumers do not care about security like that. No smartphone has sold well on the back of being marketed for its great security.

Together, the two companies have created an app that will help secure and take control of your data. It will be coming “very soon”, before the Exodus arrives. It will be made available to a number of HTC devices starting with this year’s flagship, the HTC U12+.

But HTCâ€™s Chief Crypto Officer says Exodus offers an opportunity â€œto decentralize the internet and reshape it for the modern userâ€. He has a point, but methinks the companyâ€™s timing is off.