According to a report from The Information, some big firms are said to have started testing Googleâ€™s natural language voice assistant, Duplex. The AI is to be used in corporate applications such as in call centers to attend to customer queries.

ALSO READ:Â How to speak with an MTN Customer Care Rep without stress via 180

This report comes at a time when the cloud-based customer call-center industry is increasingly growing one that raked in $6.8 billion last year with no signs of deceleration. Indeed, the industry is forecasted to reach $20.9 billion by 2022 and companies that are already in this industry include Amazon, IBM, Microsoft, Cisco, Avaya, and Genesys â€“ all of which offer some kind of cloud call-center solution. 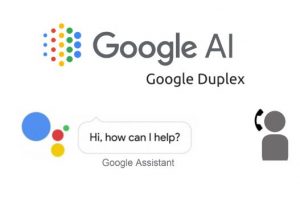 A Google spokesperson said that the company isnâ€™t actively testing the technology with businesses but the â€œbusiness could be exploring ways to use the technology on their ownâ€.

If it bears good fruit, Google Duplex could upset the call-center business and possibly make call center workers jobless. On a similar note, we wonder if Google Duplex would be able to understand when a customer is calling with a bad attitude and respond with an appropriate amount of sass.

Googleâ€™s Duplex demonstration was very likely one of the most buzzed about topics at this past Google I/O conference. Google Duplex is an extension of Google Assistant that takes natural human-sounding language to call actual businesses and speak to people, all while posing as a real person.

This demonstration both amazed and freaked people out due to the possible moral issues that are at stake. Google later stated that a call from Google Duplex would identify itself as such before starting the conversation.

How To Make Your Android Smartphone More Secure