You can hardly factor out the difference between the Samsung Galaxy S8 and S9 apart (or the S8+ and the S9+) from the front and that appears to be same issue the upcoming Note9 and a Note8.

This was revealed by the image seen below, which is a supposed leaked press render of the upcoming Galaxy Note9. And it looks similar a lot to its predecessor, at least from this angle. 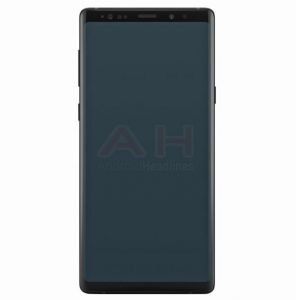 Unquestionably, if you’re a good smartphone judge, you’ll perhaps notice that the bottom bezel is a little smaller than that of its predecessor, and the corners ever so slightly more curved.

The most significant change in the design will happen on the back, as rumoured countless times before, where the fingerprint sensor will move below the horizontal island that houses the dual camera system.

Generally though, from a design perspective, it’s clear that the Note9 is to the Note8 what the S9+ and S9 were to the S8+ and S8, respectively.

The Galaxy Note9 is expected to be announced at an event in NYC on August 9. It’s expected to sport pretty much the same specs as the S9+, though perhaps with a variation employing 8GB of RAM.

The main difference will be represented by the rumored 4,000 mAh battery capacity and the enhanced S Pen stylus, now with Bluetooth support. The phone’s screen will also be marginally bigger than its predecessor’s, at 6.4 inches.