Airselfie: A New Pocket-Sized Drone That Will Replace Your Selfie-Stick

This is certainly an interesting post for selfie lovers. Here is new and cool device is dubbedÂ AIRSELFIE. It’s made to take the perfect selfie both indoor and outdoor. This tiny flying machine can soar to a height of 20 metres and snap even MORE pictures of its owner even if itâ€™s a personal selfie or a group selfie this Airselfie is the perfect selfie taker.

ALSO READ:Â Goolsky JJRC H47 Is A Budget Drone That Gets Your Work Done 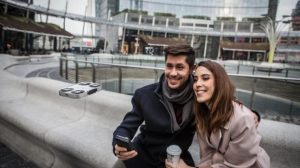 This new flying photo drone will allow you to snap endless images of yourself from way up in the air. The Airselfie is theÂ â€œtheÂ first pocket-sized flying camera and the only portable flying camera that integrates with smartphonesâ€ both Android and iPhone. It features four powerful propellers which allow it to zoom to a height of more than 20 metres. 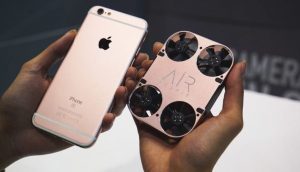 AirSelfie is a very cool piece of kit for anyone who wants to take a superior selfie or even epic group shots and also allows you to capture the whole background at the same time. 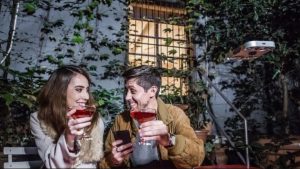 The pocket drone uses four propellers, much like the Star Wars Battle Drones and other such quadcopters, and packs in a 5-megapixel HD camera. A downward-facing ultrasonic sensor helps it to remain stableÂ is also fitted with a 240 mAh rechargeable battery and can fly vertically up to 66 feet. 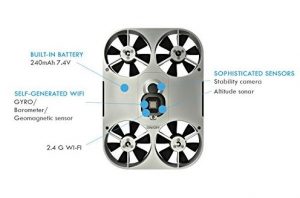 The founder of AirSelfie said â€œWe saw an increasing need for a device that goes beyond a selfie stick, allowing users to take pictures from all angles, and weâ€™re excited to introduce AirSelfie to Millennials and consumers around the worldâ€.

It has an upgraded 12-megapixel camera for full HD photo and video, with bigger battery for longÂ  battery life (giving a total flying time of 4 minutes, 30 seconds) on a single charge, as well as more integrated storage (16GB) and an upgraded app for iOS and Android phones. All you need to do is to install the App on your smartphone and send it into the air. You will control it with your smartphone as your phone now acts like a remote control to the drone. 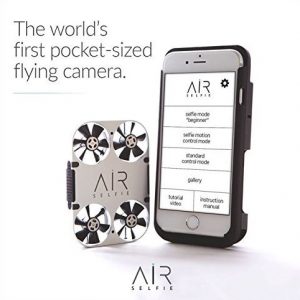 You can also record a high resolution HD video with it. The AirSelfie will come with 4GB of storage on a microSD, which you can always increase with your own card. Once up in the air, you can pilot the drone using the app in your phone. You also get a live view through the app to line up the perfect shot. You can shoot time delayed shots as well as burst and time lapse options.

After youâ€™re done shooting, itâ€™s safe to pluck the drone straight out of the air, or have it descend slowly into the palm of your hand. Itâ€™s all very graceful but donâ€™t expect fancy return to base functions for this price. It comes in four beautiful colors including gold and silver. It is expected to hit the market soon.

Apple iPhone clocks 15: 14 Facts you should know about iPhone

Apple iPhone clocks 15: 14 Facts you should know about…