With so much anticipation, Blackberry Ghost, purportedly bezel-less BlackBerry device is expected to be a high-end device and extremely pretty slim. According to tip released by the popular and reliable tipster Evan Blast, Optiemus is making sure the device comes in well-equipped form in terms of battery power with a 4,000mAh battery.

You hardly find large batteries like this in flagship-level devices â€“ batteries this size are mostly found in mid-rangers. Apparently, this move simply means Blackberry is releasing a flagship with priority on battery life. 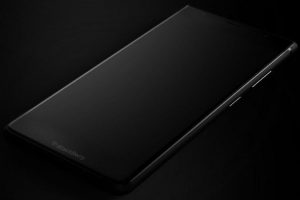 After nothing new on these BlackBerry Ghost handsets from Optiemus for awhile, finally hearing that a summer release is expected. (Also told that the dual rear cameras feature low light enhancement and optical zoom.)

Though devices released by BlackBerryâ€™s TCL in the past year and a half still boasts of good battery life. The KEYOne had an above average size battery, but BlackBerryâ€™s choice to use a mid-range Snapdragon 625 the KEYOne made it a great battery endurance performer. Even the BlackBerry Motion had a huge 4,000 mAh battery.

This makes a lot of sense for BlackBerry to continue to take great battery life as a major selling point of its business-oriented smartphones. Weâ€™ll be keeping an eye out for more news about the BlackBerry Ghost.