Asphalt 9: Legends, the much-anticipated iteration to the series of leading racing title from Gameloft, is finally available to all. Back in February, Asphalt 9 was launched as a preview version, but the crowd-puller is now available for all Android and iOS.

If you are interested in downloading the game, you need to have a space volume of about 1.6 GB as it weighs about 1.5GB on both the platforms. The new game comes with enhanced graphics, better customization options, and improved controls.

Gameloft has introduced new options for multiplayer racing, and now offers better rewards to users, in order to emphasize on online gaming. 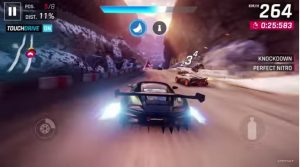