Apple Is Eventually Drifting Away From The Steve Jobs Model

Now that we are expecting both a 6.1-inch iPhone and a 6.5-inch phone to debut this year with the introduction of a 5.8-inch model not forgotten as well. Steve Jobs, who invented iPhone, may not be happy wherever he is right now.

Itâ€™s such a strange line-up from a company that once insisted that a phablet is out of contest for anyone. Now, they are talking about a 6.5-inch iPhone. At present, only the iPhone 8 features the traditional small display that iPhones used to be known for. This year could witness the end of the era of small screen on iPhones. 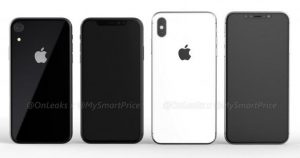 But this is a good change, as far as I can tell. Apple is responding well to market demand. It isnt only about size though. The upcoming 6.1-inch iPhone will be cheaper than the iPhone X and iPhone 8 range as well, costing about $700.

Its bigger, 6.5-inch sibling will be as costly as the iPhone X though. One is not sure what the gameplan is there, but we hear this will be the iPhone X Plus.

We await further details as we countdown to the 2018 launch.