62,709 Telecom Subscribers Have Ported To Other Networks so far

Since the introduction of Mobile Network Portability (MNP), telco operators continue to record fluctuation in their subscribersâ€™ base. MNP allows subscribers to migrate from one operator to another, in search of quality service, while still retaining their original phone numbers, irrespective of the network the subscriber chooses to migrate to.

ALSO READ:Â Lodge Your Network Complaint To NCC Through 622 Toll-Free

This initiative was launched 5 years ago by NCC and so far, it has not gotten the success expected.

According to the statistics obtained from NCC for the first 5 month of this year, shows that 62, 709 subscribers ported to other networks.

33,772 subscribers completely dropped their respective SIMs, while 33, 437 telephone users changed networks within the period under review. 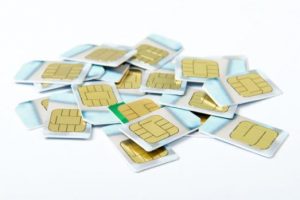 Talking about those who ported out of the networks, statistics showed that MTN lost 6614 customers; Globacom lost 9453; 9Mobile recorded 9526 and 8259 left Airtel Nigeria.

It appears most subscribers prefers to abandon their SIM rather than porting out of the network. Which do you prefer?