WhatsApp is said to have started rolling out a ‘Predicted Upload’ feature to both Android and iPhone stable users. According to a WABetaInfo’s report.

WhatsApp is now able to predict when a photograph is going to be sent in a chat. In fact, the purpose of this feature is to upload in advance photos to the server, ensuring they arrive sooner than before when you finally decide to press send. 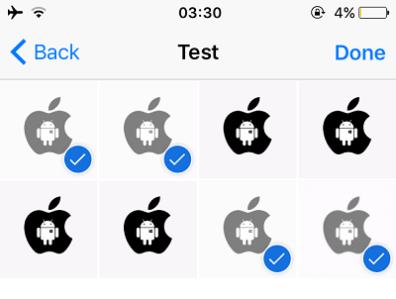 Just like before, users will be able to edit the photos they send over WhatsApp – the Predicted Upload feature is meant to preload photos on the server on the off-chance they are not edited.

The feature works for both single photo and multi-photo uploads. To see the feature in action, users will need to select multiple photos (12 is a good number) for upload from their Camera Roll/ Gallery, using the attach button.

To discover if the feature is already enabled for you, iOS or Android user, you simply need to select an image in WhatsApp, then wait 5-6 seconds in the Edit Image section and after tapping the Send button, check if the image is already delivered to the server.

Will WhatsApp immediately send photo to the recipient without presenting without editing?

No! WhatsAp p sends the photo to the server, not the recipient. When you tap the Send button, you confirm you want to send it to the recipient too and it will be immediately sent without delays.

What is the best way to verify if the feature works?

ALSO READ:  WhatsApp To Stop You From Forwarding A Message To More Than A Contact At Once

You can select 12 photos to send in a chat. Just for the test, wait 10 seconds before sending them. After tapping the Send button, you can notice the sending is instantaneous.

Does the feature work for videos and GIFs?

The feature is available when you share photos. It’s not compatible with videos or GIFs.

Does the feature work for WhatsApp Web?

It won’t work if you’re using WhatsApp Web. It just works from your phone.

If I discard the photo, what does it happen to the photo sent to the server?

In this situation, the photo is useless and it will be deleted.

When WhatsApp sends the image to the server before tapping the Send button, is it end-to-end encrypted?

Everything sent to WhatsApp servers (except metadata) is end-to-end encrypted.

Instagram: Update Your App To Choose Who You Want To Poll