The FullView Display was pioneered by Samsung Mobile and is now in use by many other smartphone brands. But what does FullView Display really mean? One easy way to understand it is that it refers to a certain class of displays with a tall aspect ratio.

But first, what is aspect ratio? A good definition of aspect ratio is that it is the ratio of Length x width of the screen. 16:9 ratio has been the standard phone display aspect ratio. It can be referred to as a short and squat ratio. 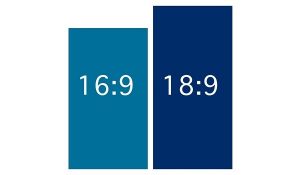 It is said that a picture speaks more than a thousand words. Hopefully, the above image paints a clearâ€¦well, picture. The FullView Display is taller and slimmer.

So, again, a FullView Display is one with a tall aspect ratio, and is often combined with a bezel-less design. Bezel-less does not necessarily mean no bezels at all, but that the bezels are less than what occurs on older, standard phones. In other words, bezel-less really means minimal or reduced bezels.

As mentioned already, the 16:9 ratio has been the standard phone display. It is still used by a number of brands, including in recent phones like: HTC U11, OnePlus 5, Xperia XZ Premium, and Google Pixel 2.

To clear the bezel-less versus FullView Display question, a smartphone can use any aspect ratio and still be bezel-less. It does not necessarily have to use a taller display.

For example, the Elephone S8 (below) has a 16:9 aspect ratio despite its bezel-less design. As such, it is wider than FullView Display phones like Samsung Galaxy S8, LG G6, iPhone X, and others. 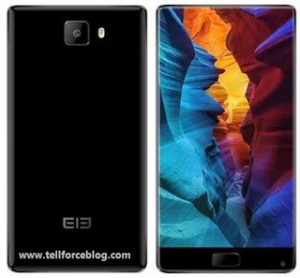 The name is used because taller aspect ratio screens lets modern wide-screen movies fill the screen of these phones without any wasted space. Remember the black bands that show on the top and bottom of your screen when you are watching movies on standard phones? FullView Displays get rid of those.

So, besides the video watching advantage, what are the other advantages and disadvantages of having a FullView Display on a smartphone?

What Are The Benefits Of A FullView Display?

A FullView Display allows you to fit in a bigger display in a small, handier form factor. Such phones fit in the hand better because of their narrower profile.

FullView Displays are also great for split screen use; when you are using two apps on your phone screen, both fit in as two full squares. This is different from the less convenient fit that you get on a more traditional 16:9 display.

These taller displays are also great for gaming, allowing developers to fit in more on-screen controls.

However, while many movies and videos are now shot in widescreen format, some are still not and so will not display properly on a FullView Display. As such, you will see black bars on either side of such videos when watching them on a FullView screen. Yes; crazy. But that problem will go away as more and more videos are shot in 18:9 aspect ratio.

Lastly, while a smartphone with a FullView Display fits in the hand better, the top of the tall display can be difficult to reach with one hand. Some manufacturers address this by including an optional one-handed mode in their devices.

Which Do You Prefer?

Not all manufacturers have jumped on the FullView Display bandwagon. Sony, for example, has stuck with the traditional 16:9 aspect ratio till date, having said they will not be using the 18:9 aspect ratio. Of course, that may change in the future.

Now that you understand what a Fullview Display is and the pros and cons, which do you prefer â€“ FullView screens or the traditional 16:9 short and squat displays?

What Is Liquid Crystal Display (LCD) And Why Do We Have It On Smartphones?