Sony Mobile to Close Down Operations in Africa, Turkey and Middle East

Bad news for Sony Mobile fans in the Middle East, Turkey, and Africa: I’m hearing that the company will “shut down its operations and offices” in the region by October.

Sony however confirmed the statements that itâ€™s investigating the possibility of downsizing its operations in the Middle East, Turkey,Â and Africa.

â€œAs part of our ongoing measures to drive profitable growth, we are carefully monitoring the market situation and reviewing our business feasibility in Middle East, Africa and Turkey,â€

You donâ€™t need a soothsayer to tell you that Sony Mobile is not doing well at all in Turkey, Middle east and most especially Africa.

Sony Middle East and Africa has been operating in the region for about 26 years gaining popularity for electronics such as TV and digital camera. The company has failed in its attempted to penetrate the smartphone market in the region.

Sonyâ€™s mobile phones are often criticized for dated designs and poor marketing campaigns, which is likely part of the reasons why the companyâ€™s share of the smartphone market is small. 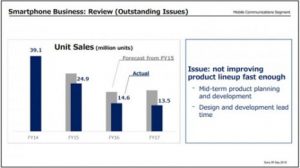 However, Sony phones usually have terrific build quality and high-end features which have created a small-but-loyal fanbase.

Tips And Tricks To Speed Up Your Windows 10 PC