I could recall that my first Yahoo Messenger was my first online chatting platform in its category. It was first AOL Instant Messenger that was shut down on December 15 of last year. The next is now the legend Yahoo Messenger, one of the original chat services. It is slated to die on July 17 this year. If you want to, you can download your chat history for the next six months by accessing this link.

Oath, the Verizon-owned company that currently runs Yahoo Messenger, is yet to announce any plans to replace it with another platform that could become an actual competitor to the likes of WhatsApp or Facebook Messenger.

Years back, who will ever think the likes of Facebook Messenger would strangle life Yahoo Messenger. Times, they definitely are a changing, â€œnothing stays foreverâ€. 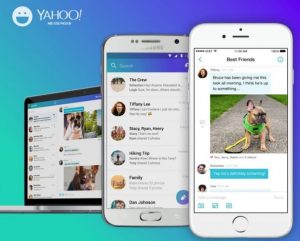 Oath took this opportunity to remind everyone about Yahoo Squirrel, which is an invite-only group messaging app, currently in beta. You need to request access to the beta in order to use it, because hey, that worked for Gmail in 2004 so it has to still be a valid launch strategy, right?

Don’t be surprised if Squirrel will be euthanized at some point in the near future as well. You may not hear about that, though – while some have fond memories of Yahoo Messenger, we’re betting that there aren’t a lot of people who’ve ever heard of Squirrel.

9Mobile Introduces 9pay; Pay For Apps And Other Digital Services