An official of the Nigeria’s Federal Government youth empowerment scheme, N-Power has explained the real reasons why 2017 successful beneficiaries of the N-Power programme are yet to be deployed to their places of primary assignment.

He said the officials of the scheme are worried each time the awaiting beneficiaries flood their social media channels with queries about their posting and monthly stipends. 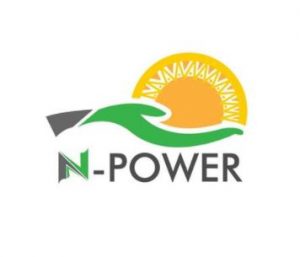 The official who spoke to CNR Nigeria on condition of anonymity said those at the scheme understood the situation of things around the selected beneficiaries but noted that they only act when order come from the top, apparently referring to the Presidency.

“Those of us who work in the scheme are equally worried about what to tell hundreds of the newly recruited volunteers who troop into our various social media channels each day with enquiries about their posting and monthly stipends.

“We do not take decision on matters of finance especially volunteers stipends. That’s outside our jurisdictions. Our job is more of quality assurance and monitoring functions. But we are the ones the beneficiaries know. So I think it is normal that they are running to us. It is part of our primary responsibilities.

When asked the major reason why successful beneficiaries are yet to be deployed, the N-Power official said the real issue has to do with funding.

“Recall that the President only signed the 2018 appropriation bill into law yesterday. It is in that budget that budgetary provisions were made for payment of stipends to the 2017 successful beneficiaries.

“It is not proper to deploy them when you are not prepared to give them bank alert at the end of the month. So we are simply following due process and being careful lest we lose our credibility and public trust.”

Replying the question on whether the scheme has gone bankrupt as some are speculating, the official said it is laughable for some people to sit in their homes and fabricate stories.

“I laugh each time some supposed beneficiaries would come to our channels and make some funny claims about the scheme being bankrupt. It is funny. But like I said, we are simply following due process and as soon as we are ready, we shall deploy them immediately and start paying them. N-Power is not a private business. It’s like saying the Federal Government is broke.”

He urged the beneficiaries to be patient while they continue to work tirelessly for their deployment and payment of their stipends, adding that they should conduct themselves in a manner befitting of graduates and future leaders of nation.

You Can Now Download News For Offline Viewing On Chrome for Android. Available For Only Nigeria, IndonesiaAnd Brazil

Exited N-Power Beneficiaries Will be Trained And Gets Loans…