No doubt that if all these hype and alleged features coming to this phone is true, then we are going to definitely have a great hell of a device on our palm. HMD is purportedly working on a “Nokia 9” phone that is referred to as the “A1 Plus” or “A1P” internally. It will build on the Nokia 8 Sirocco (“A1N”) with a fingerprint reader under the display, a more advanced camera and a Snapdragon 845 (the Sirocco did not upgrade the S835 chipset of the original Nokia 8). 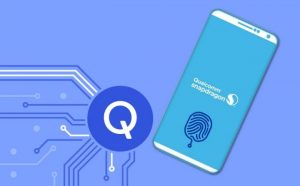 The new phone is expected to use a P-OLED display by LG and will feature an UD fingerprint reader similar to the vivo X21 UD. FIH Mobile, which will build the phone, initially had issues as the reader was slow to respond, but that was since solved by making the display glass thinner.

For now, no much info about the device’s camera, but apparently HMD sees it as a “high risk” and it had to solve various problems during development.

Work on the Nokia 9 started in February and may be done in time for an H2 introduction – August or September. References to “A1 Plus Europe” promise that the Old Continent will not be overlooked.