Google To Open Its First AI Research Centre in Africa

For some times now, Google has made it known to the world that itâ€™s an AI forward business. Its software products have AI spread over its applications like Google Photos, Google Assistant, Google Camera inside the Pixel and so much more.

Google AI is the subdivision that deals with artificial intelligence research that would advance the status quo and be applied to products. The tech giant has research centres around the world and today, it has announced a new one that is a first for Africa. 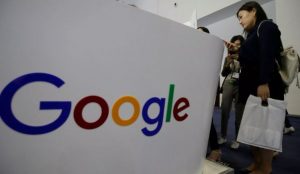 Yesterday, Google has announced that itâ€™s going to open a Google AI research centre later this year in Accra, Ghana. The company says that they will bring together the top machine learning researchers and engineers in this new centre dedicated to AI research and its applications.

Google also says it is committed to collaborating with local universities, research centres as well as policy makers on the potential uses of AI in Africa.

The new centre will now join the other Google Ai research locations which include Beijing, Paris, Zurich, Tokyo, Toronto, Montreal, Seattle, Boston,Tel Aviv, New York and of course their Mountain View headquarters. Google is also offering positions up on it site as either a Research Scientist or a Software Engineer.

This is a cool move by Google and may offer unique AI applications for Africa as a whole. Some of the applications that apply on other parts of the world may not necessarily work here and the localization effect might filter through and be adopted to Google products later on.

Google recently expanded its Launchpad Accelerator program to Kenya, Nigeria and South Africa and this was focused on giving startups the jumpstart it needs to accelerate its product.