Google has launched its own podcast app in order to rival Appleâ€™s podcast. The tech giant named the app as Google podcasts.

Google Podcasts is a very simple podcasting app. Users can search and subscribe to podcasts and Google includes a fairly robust library of podcasts so you’ll find almost anything here. The moment you subscribed, episodes can be downloaded for offline playback or just streamed. It will also use AI to learn from your listening history and suggests podcasts you might like. 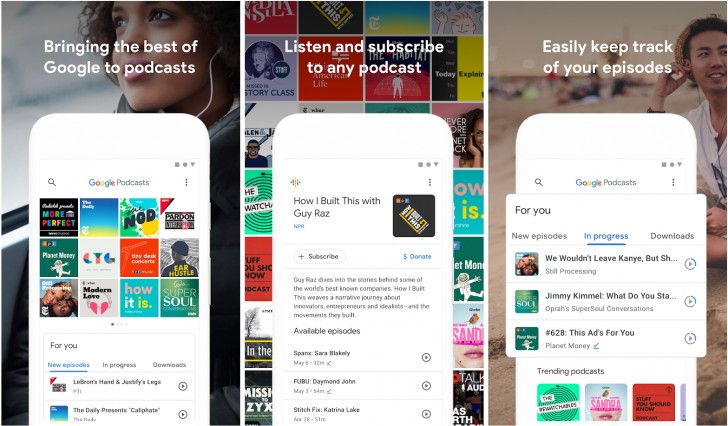 However, the Podcasting app is yet to receive the reception Google might actually expected as it’s current rating is just 3.7/5 on Play Store.

Apparently, most reviewers believe that Googleâ€™s new app lacks a lot of features/functions that other apps have inherently. For example, the app lacks the ability to create playlists, an auto-download feature, inability to mark multiple podcast episodes as played, and many more.

Above all, it’s a very simple and basic app with a rather obnoxious permission requirement. If you don’t use a podcasting app at all, this could be something you can use to get into the world of podcasting. But if you’re a serious listener, you already have something like Pocket Casts, which is a fully-featured podcasting app with every feature you can imagine, including cross-platform sync.

Android versus iOSâ€“ Which is Better Regarding Security?

Sinmo App Lets You Pay The Wages of Your Sins

Atiku Launches AI Powered Video that allows Nigerians you to…