Going back to 2015, there was a report that Facebook was testing a drone to deliver Internet to the unconnected people around the globe – Aquila Internet Drone Project. It sounded like a great and unique idea like Google Loon since according to statistics, a large portion of the populace in the world is not connected to Internet, so this was seen as a huge opportunity for them stay connected.

Afterward, there were reports alleging that Facebook says that its Internet drone, Aquila had made a successful maiden flight almost two years ago and it seemed all glowing and all. Well, it appears all is not well as expected as Facebook is cancelling the project. 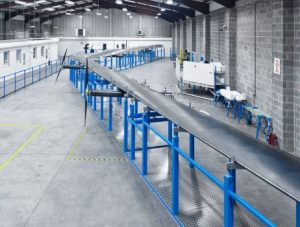 Facebook claimed some companies have started investing in this technology in the aerospace industry. Earlier, the company was involved in the aircraftâ€™s design, development and testing.

â€œGiven these developments, weâ€™ve decided not to design or build our own aircraft any longer and to close our facility in Bridgwater,â€ Facebook said in the post.

The social network giant will henceforth work with partners like Airbus on high altitude platform stations (HAPS) connectivity generally and other tech to make this system works.

Facebook is walking away from the building of the aircraft but it will still be involved. It says the company is working on a proposal for the 2019 World Radio Conference so that HAPS gets more spectrum for HAPS.

Above all, credit to Facebook for embarking on such a bold project which will connect the 4 billion plus people around the world to the Internet. It could have abandoned it due to rising costs and maybe it has to come up with a more cost effective measure to make sure the tech can be used widely in conjunction with their Internet.org initiative.