Truecaller, a global company that offers unique services like spam detection, messaging and more, has acquired Chillr, a payment company in India, just as it eyes the sub-Sahara Africaâ€™s mobile payment space for more acquisition.

Last year in March, Truecaller had announced its foray into the digital payments segment in India. The company has now announced a strategic investment into the payment space by acquiring Chillr, Indiaâ€™s first multi-bank payments app that was launched in 2014 to further boost growth. 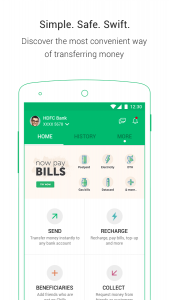 According to Truecaller Co-founder and Chief Strategy Officer, Nami Zarringhalam, â€œsince launching Truecaller Pay in India in 2017, we have seen an increasing number of use cases to make the lives of our users in India easier. We see a lot of synergies and growth patterns in Sub-Sahara Africa, therefore we think it make sense to explore the digital payment space more seriously.â€

With the launch of Truecaller Pay 2.0, the company has brought banking and payments features to the forefront of its app, and in the coming months Truecaller is planning on rolling out credit and other financial services to the masses in a mobile-first way in India. The company is now looking at ways to enter the payment space in sub-Sahara Africa.

Earlier this year, Truecaller opened up its first office in Nairobi to expand in sub-Sahara Africa and recruited Zakaria Hersi as Director of Partnerships for Africa. In his position, Zakaria has been spearheading Truecallerâ€™s expansion in the region and forging partnerships with various eco-system players.

Truecaller started as a caller ID and spam blocking app for smartphones. But over the years, it has transformed to a full fledge communication app and has become one of the fastest growing consumer apps in Africa and has consistently been topping the App Store Charts across the continent.

People use Truecaller to stay ahead. It helps them know who is getting in touch, filter out unwanted calls and SMS, and focus on what really matters. The company provides a suite of unique services such as a dialer that offers caller ID, spam detection, messaging and more. Truecallerâ€™s mission is to build trust everywhere by making communication safe and efficient.