Just when we are still drooling over iPhone X with a lot of smartphone looking up to it as a standard, a new leak is throwing us an early glance at the rumored 6.1-inch iPhone that’s expected to be unveiled this September with a smaller 5.8-inch variant and a bigger 6.5-inch model. 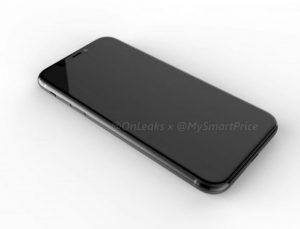 Initially, it was reported that all the three iPhones will feature OLED panels, but the latest reports shows that only two of them will come with OLED screens. The 6.1-inch model, which we will be discussing, will settle for the regular IPS LCD panel.

If the leaked renders are to be believed, there will be a very slight change in the design compared to the current iPhone X. We’ve got a pronounced notched design, slim upper and side bezels, probably the same 19.5:9 aspect ratio, aluminum side frame and glass on the front and back. 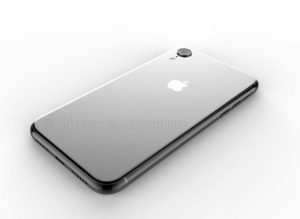 The first thing noticed is that the 6.1-inch model boasts of just a camera on the back. This is another indication that we are seeing the “budget” variant with a single camera and IPS LCD.

Another report coming from Korean media outlet The Bell, claims that this iPhone will be delayed by two months due to some technical difficulties and it’s not ready for mass production. The expensive iPhones, on the other hand, meaning the successor to the iPhone X and a bigger version iPhone X Plus, are ready to go into production just in time, but that’s only because they are using OLED panels.

The LCD panels on the cheaper 6.1-inch iPhone are supplied by LG and Japan Display (JDI) and sources claim that they struggle to meet the demands. Plus, there’s some sort of backlight leakage around the notch, which pushes the launch schedule even further back. So we expect the device to hit the market sometime in November.

Join Us On Telegram
ALSO READ:  WhatsApp to continue its support for Android Gingerbread till 2020
Advertisment

The Samsung Galaxy Fold 2 Said To Launch In April With...