The Reserve Bank of Zimbabwe has released a circular to banking institutions effectively banning all cryptocurrency activities in the country. The governmentâ€™s institution cited that the risks attached to cryptocurrency business. Part of circular read thus;

â€œregulators around the world have identified the dangers and risks presented by virtual currencies to financial stability which include risk of loss due to price volatility, theft or fraud, money laundering and other criminal activities. Further, cryptocurrencies can be used to facilitate tax evasion as well as externalisation of funds in violation of a countryâ€™s laws,â€ 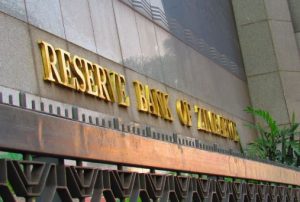 The cryptocurrency ban not only covers the buying and selling of virtual currencies but is also extended to maintaining crypto-related accounts, remittances, giving loans against virtual tokens, accepting them as collateral, opening accounts of exchanges dealing with them and transfer/receipt of money in accounts relating to purchase/sale of virtual currencies.

The popularity of cryptocurrency in Zimbabwe shot up as virtual currencies were seen as an alternative to the countryâ€™s official currency that has been faced with hyperinflation in the recent past. Bitcoin, in particular, is popular for international transactions as citizens cannot use formal banks to do so. Interestingly, the US Dollar in illegal in the country, which further propelled the demand for Bitcoin. â€œThere is currently more demand than supply of bitcoins,â€ said Yeukai Kasangaya, a Golix representative while discussing the growth of Bitcoin adoption in Zimbabwe.

Some of the exchanges that will be affected by Zimbabweâ€™s move include Bitfinance, Golix and the recently launched Styx24.