To put this dominance into perspective, the iPhone X, iPhone 8, iPhone 8 Plus and iPhone 7 took positions one through four respectively, in terms of sales numbers. At number five, comes Xiaomi with the Redmi 5A that was well received in India and China. Following Xiaomi is the Samsung Galaxy S9 Plus, closing up top five best-selling smartphones. 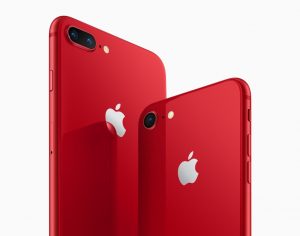 Despite the high price tag of the iPhone X, the device has sold remarkably well, shipping over 50 million units since the device launched in November 2017. This is a scary trend and I hope that manufacturers donâ€™t take this as motivation to ask for kidneys on their next flagship releases.

In defence of Android, our arguably best smartphone, the Samsung Galaxy S9 only started selling towards the end of the quarter in question and thus shipping over 5.3 million units is a promise of better days to come.

Interestingly, the Xiaomi Redmi 5A is an entry-level smartphone that was launched in November 2017. The phone has been well received in the Asian continent. Xiaomi marketed the device as â€œThe smartphone for everyoneâ€ which seems to have been accurate seeing that they sold over 5.4 million units.

If it comes as a cushion to all you Android fans out there with your tails in between your legs, Strategy Analytics expects the Samsung Galaxy S9 sales to pick up within the second quarter of the year, so we might see Android devices at least try to make a better impression.