Apple is getting a fleet of self-driving passenger vans as shuttles for its employeesâ€™, and those vehicles will be Volkswagen T6 Transporter vans equipped with Appleâ€™s own self-driving technology. Apple will modify the T6 vans with sensors and on-board computers, among other improvements.

Appleâ€™s PAIL (Palo Alto to Infinite Loop) pilot programme will shuttle Apple employees from one Silicon Valley office to another. 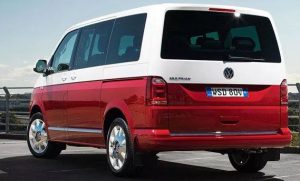 What You Need To Know About Appleâ€™s Self-Driving Project

Appleâ€™s self-driving car initiative kicked off in 2014. The the company initially planning to build its own vehicles from the ground up. However, that didnâ€™t work out so well and Apple made new plans secure partnership with luxury brands like BMW and Mercedes-Benz. Those plans have not worked out well either.

So, the Volkswagen deal is progress, even if it isnâ€™t what Apple wanted to start with.

Yet, it has been reported that Apple has over 50 licensed self-driving cars operational on California roads. This makes Appleâ€™s fleet the second largest fleet in that state. GM has more, but competitors like Tesla, Waymo, Uber, and others have less autonomous cars in California.