The smartphone world has lost some great mobile platforms and itâ€™s very difficult for new ones to come up now. Blackberry OS varnished like a smoke, while Windows Phone has finally faded away into dust. Firefox OS got a rude death. But thereâ€™s one small open source software operating system called Ubuntu Touch that is still surviving in a cave.

You Can Now Install Ubuntu Touch On Your Redmi Note 7

Ubuntu Touch occupies a very tiny portion on the smartphone map â€“ that could hardly be noticed.

The amusing thing is that Ubuntu mobile was on its way out too, having been discontinued by Canonical. A community of enthusiasts called UBports took it up and have kept it going.

Ubuntu Touch is the touch-friendly mobile version of Ubuntu. This OS is developed and maintained by UBports: An international community of passionate volunteers. This means Ubuntu Touch is 100% community driven and independent.

Ubuntu Touch is good software, but it faces a severe problem. There have been no new Ubuntu phones announced in 2 years. That is a long time in mobile. But that is not deterring the UBports community. 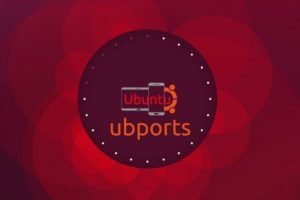 What they do is work to make the software compatible with a range of smartphones and tablets that are already in the market. So, you can buy those devices and then install Ubuntu Touch in them, same way you can buy a laptop and decide whether to install Windows or some Linux flavour.

Could this be a forerunner of a coming age in which we will be able to install any mobile software on any hardware of our choice?

The current list of Ubuntu Touch compatible devices are: Fairphone 2, Nexus 5, OnePlus One, and BQ Aquaris M10 FHD tablet. There is a longer list of work-in-progress devices.

I was unable to install the new version of Ubuntu Touch on my BQ Aquaris E4.5 Ubuntu Edition last year. It used to be on the list of supported devices, but is no more listed there.

In the meantime, if you want the flagship Ubuntu smartphone, Meizu PRO 5 Ubuntu Edition is what to get. It was released in 2016.

Ubuntu Touch remains a niche platform, but it offers freedom from Google and Appleâ€™s constant invasion of user privacy. UBports claim that Ubuntu Touch â€œkeeps you secure because most unsafe parts are blocked by default; the only way that the peepers and creepers can get a peek is if you invite themâ€.

It has a small community of users who value privacy. It doesnâ€™t look like it is going to grow big any time soon, if ever. But Ubuntu Touch lives on. For now.

You Might Be Jailed For Buying London Use Phones

You Can Now Install Ubuntu Touch On Your Redmi Note 7