A pair of text messages sent to WhatsApp can crash the messaging app, or even your entire Android phone. These text messages in question have some hidden symbols between spaces. So when you hit on part of either message, the hidden symbols magnify, overpowering WhatsApp and the Android OS. That makes the messaging app and/or the entire phone to crash.

One message is a simple text in quotations that reads “This is very interesting,” with the “laughing so much I’m crying” emoji. The hidden symbols are between the emoji and the quotation mark. 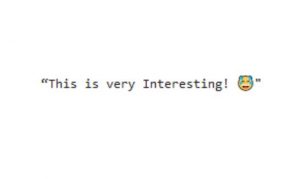 The second message tells you exactly what will happen if you tap on a black dot that is part of the message. “If you touch this black dot then your WhatsApp will hang,” says the text, which includes a finger pointing to the dot. And like an itch that needs to be scratched, of course most people will tap on it. 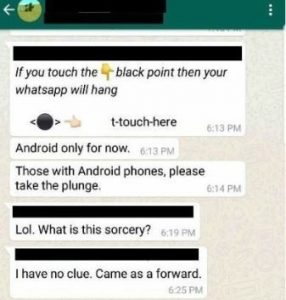 Converting that text to html reveals the control character “&rlm:” repeated over, and over, and over again. Checkout the screenshots and the video below to confirm this.

Until WhatsApp takes care of this matter, which should take a few days at most, your best bet is to take that social media holiday you’ve been thinking about. Or, you can use another messaging app.