The implication is that the 1.15 million smartphone users in the country can access a 4G LTE network almost anywhere in Rwanda. Rwanda has 8.6 million mobile users out of a population of about 12 million. 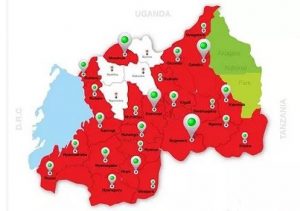 As at 2016, over 62% of Rwandaâ€™s territory had been covered with 4G LTE. That was the same year that the country was added to the list of the very first countries in Africa to provide Internet speed of 250 megabytes per second (Mbps).