Motorola Mobile was once the most loved brand in the mobile world, and the brand enjoyed good sales then. However, in recent years, Motorola smartphones have fallen away from the top spots almost everywhere. Even its acquisition by Google could not improe its fortunes. In the end, the brand was acquired from Google by Lenovo but we are yet to see a significant change in Motorola mobile’s fortunes.

ALSO READ: What?! Moto RAZR coming Back With Foldable Design, Just like Nokia 3310

Guess the world at large is tired of saying Hello Moto. 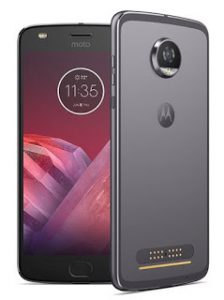 But the South and Central America – Latin Americans still give Motorola smartphones hope as the brand is still very much alive and thriving over there. Accordimg to CounterPoint reasearch, Motorola is in 2nd place in that region and has grown its smartphone shipments grew by 27% from the previous year. Motorola Mobile recorded the highest Year-on-Year growth among the top five brands in the region.

These statistics are for Q1 2018. Motorola Mobile is alive and well in Latin America.

The mobile market in Latin American countries seems to be price-sensitive, with most sales driven by budget models. The top 5 smartphones by shipment are Samsung’s J2 Prime, J7 Prime, J7 neo, and J5 Prime, and the Moto C.

According to Counterpoint, the Average Selling Price (ASP) of the top-ranking smartphones in the region is below USD200.