The new group calling feature will allow four people to join a group call simultaneously. WhatsApp also announced that stickers are coming to the messaging platform, following the example of Facebook Messenger and WeChat.

Stickers are similar to emojis, but are often larger and more unique than the usual set of emoticons available by default to users.

WhatsApp is rolling out the Restrict Group Features currently to all whatsapp beta version 2.18.132 on Android, iOS and Windows phones. 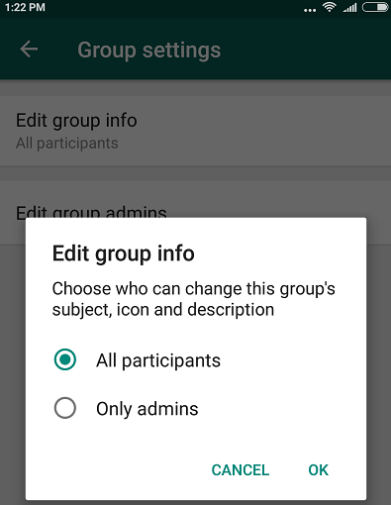 In Admin Settings, the administrator can restrict who can change the group info.

This is another new feature users should be expecting in the next update.