Facebook became about untidy with so many new features jumping into it anyhow over the past couple of years. Sometimes, users get frustrated when navigating through the app to get a particular feature due to some bloated functionality. At the F8 Facebook Developer Conference, Facebook announced an update to Messenger that would improve usersâ€™ experience. 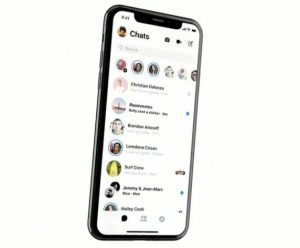 While giving the keynote, Facebook Messenger Vice President, David Marcus, said that a streamlined update for Facebook Messenger will be coming â€œvery, very soonâ€ and that the social media giant has been working on it since the beginning of this year.

Along with the cleaner and simpler experience, Facebook’s development team confirmed it will add a dark theme. 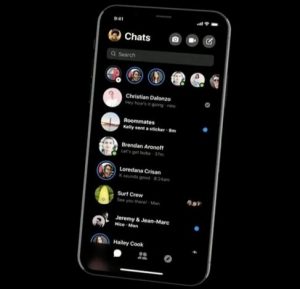 At present, there are five lower tabs and three upper tabs for navigating the app. The redesign will have three main tabs at the bottom: chats, contacts, and something that looks like a compass, which might be a migration of Facebookâ€™s Find My Friends into the Messenger app. This would make sense, as many people use Facebook Messenger to temporarily share their location with friends when trying to meet up.

It seems Facebook’s main objective is to turn Messenger into the app that it once was â€“ a simple to use messenger focusing solely on communication, not a tool that can be used for other purposes like advertising and gaming.

Digital Marketers Gets Facebook Analytics App for Their Android