BlackBerry Key 2 To Be Officially Unveiled On June 7

Blackberry still maintains its tradition of including hardware keyboard to its phone. This means that the keyboard will survive for another year as the company will be announcing the Key2 handset on June 7. This info was made public courtesy of the Blackberry own Twitter account, so it’s about as official is it gets.

The BlackBerry Key2 went through the Chinese telecom governing body a couple of weeks ago, revealing its looks, plus some key (wink) specs. The official name wasn’t mentioned back then, however. Well, it is now. 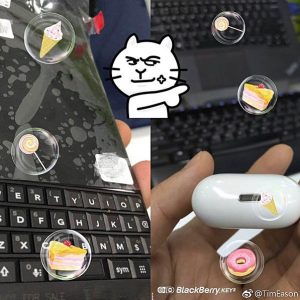 Above the hardware keyboard, there’s 4.5-inch 1620:1080 display in a 3:2 ratio in a world of ever taller aspects. The Snapdragon 660 is in charge of doing the math, while a dual 12MP+8MP camera brings the Key series in present times.

LinkedIn is Rolling Out a New Design for User Profiles

All You Need To Know About The MTN Zone tariff plan