After several years of the industry’s biggest patent battle, Apple has finally won $539 million from the huge $1 billion damage plea. Back in 2012, the Cupertino company won the case as the jury ruled out the full amount but the Korean company argued it should pay only $28 million and went for a retrial. 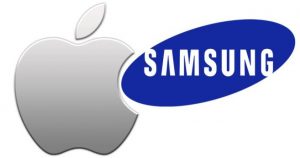 Yesterday, the federal court in San Jose, California decided only on damages over three Apple patents that Samsung infringed – the rounded corners of its phone, the rim that goes around the device’s front panel and the grid alignment of the icons. Moreover, two utility patents that protect the way something works are included in the verdict.

As expected, Samsung’s lawyer said that the verdict isn’t based on evidence so the Korean giant will raise its objections. Apple responded that these cases have always been more about money.

See All The Emoji Meanings You Should Know