Thereâ€™s a new Android platform for smartphones in town, but the new OS won’t be officially available until later this year. However, the previous version, Android Oreo is yet to find good number of audience, which was to be expected if you look back at how things evolved in the last couple of years.

In April, Google confirmed Oreo was only able to claim only 4.15% of the Android devices, and this month, for the first time since its market release, Android O’s market share go beyond 5%, though very little improvement. 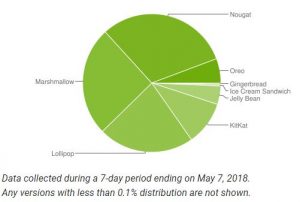 There was just an increment of 1% for Android Oreo in just a month, not too good. However, things are expected to improve for Oreo in the coming months at an even faster pace. For the time being, Google reports Android 8.0 and 8.1 joint account for 5.7% market share. 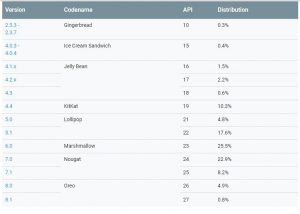 The numbers published by Google have been collected during a 7-day period ending on May 7, so they’re as accurate as it gets. Also, Android Froyo doesn’t show up in the statistics since it has less than 0.1% market share now.

How To Hide WhatsApp Photos and Videos from Specific People and...