Android OS and iOS has dominated smartphone phone world and both are guilty of raid of user data privacy. Every now and then, someone comes up with the idea of a security focused smartphone. But no-one has gotten it quite right yet. No privacy focussed smartphone has been a hit anywhere yet. However, the team behind Purism Librem are making good progress in delivering on this ideal.

If successful, the Librem 5 phone will be the worldâ€™s first ever IP-native mobile handset, using end-to-end encrypted decentralized communication and running PureOS. It will also be capable of running any other GNU/Linux distribution where all the source code is available, including Ubuntu Touch. Pure OS itself is a PureOS is a derivative of Debian GNU/Linux.

ALSO READ:Â How To Update Your Old Phones To UBports Touch OS

Librem 5 will have hardware Kill Switches for the camera, microphone, WiFi/Bluetooth, and Baseband, so the user has greater control over what goes on in the phone. The Librem 5 will also have its CPU separate from Baseband.

The company behind the Librem 5 security focussed smartphone is called Purism. Founded in 2014, their Librem brand means â€œfreedom bookâ€ and is a line of computer hardware and bundled software with â€œcore values of freedom, privacy, and security, improve the world for the betterâ€. Purism has been building and selling privacy focused laptops for a few years, so they arenâ€™t exactly without experience in this. 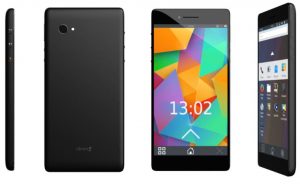 Purism set out to raise $1,500,000 to build Librem 5 abut have raised an overwhelming $2,398,861. That is over 150% of their target. Not bad at all. The Librem 5 will be available from January 2019. That is quite a while to wait for, but if you want a smartphone that does not track you or exploit your personal info, it sounds like a worthy wait.

Details, specifications and features of the upcoming Librem 5 Security Focused Smartphone are still sketchy, and so we will keep updating this page as new information emerges.