Despite being the most hermetic country on Earth, North Korea is certainly no stranger to cyberspaceâ€”in both its uses and abuses. Despite a tiny local internet user base, cybercrime in the Democratic Peopleâ€™s Republic of Korea (DPRK) is estimated to be a multi-billion dollar industry.

Bitcoin, in particular, has undoubtedly caught the attention of the North Korean regime. According to FireEye, the DPRK is specifically interested in stealing Bitcoin and other virtual currencies to not only evade sanctions but also to obtain hard currencies to fund the regime.

ALSO READ:Â A Quick Guide On How To Begin With Bitcoin

It was no surprise, then, that Pyongyang University of Science and Technology (PUST) invited Federico Tenga, an avid Bitcoiner, and co-founder of Chainside, to teach their Computer Science and Finance students about Bitcoin. 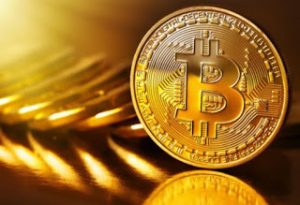 ExpressVPN spoke with Federico to delve into the details of the course he taught in Pyongyang.

Ciao Federico! Could you tell us a bit about yourself?

I consider myself to be a â€œBitcoinerâ€â€”I got interested in 2011, and from there Iâ€™ve worked towards eventually co-founding a Bitcoin company, in 2016. We work on products and services that help businesses and companies interact with Bitcoin.

Iâ€™d also consider myself to be a Libertarian, so visiting a country so controlled by the government like North Korea was particularly intriguing to me. Itâ€™s one of the only places which feels fundamentally different from the rest of the world because they arenâ€™t as connected to it.

So I was interested to see if I could merge the two thingsâ€”my passion for Bitcoin and my curiosity about North Korea, which I was actually able to do by teaching North Korean students what Bitcoin was.

How did you get in touch with the university?

I managed to get in touch with PUST by email in 2016. They were very interested in the subject, and I was initially going to tag Bitcoin and blockchain technology at the end of a generic finance course at the university.

But when we finally got around to arranging it they already had a finance professor, so I ended up focusing on the Blockchain and Bitcoin because they really wanted their students to be exposed to the innovations of the outside world. For them living in a country thatâ€™s still very closed-off, the professors and faculty members really wanted to give something more to their students.

Did you need to do much persuading to get the university interested in Bitcoin?

Even when we lost contact after the conference, they still got back to me after a year to ask about me teaching at PUST, so there was certainly a sustained interest.

What were the students like? Were they easy to teach? Did they know a lot about how computers and the internet work? And how was their English?

They speak English very well. Not all of them are super fluent, but the language was not an issue.

As for teaching Bitcoin, it isnâ€™t as complicated as it seems when the topic is broken down into little pieces. I simply divided it into four parts: i) how do digital signatures work, ii) what is proof of work, iii) how does the blockchain work, and iv) how to coordinate against double spending. After breaking it down, itâ€™s not too difficult to grasp the concepts.

Was there one part of the course that you found the students were most interested in?

Iâ€™d say there were a few moments where I caught their attention. They were interested in miningâ€”when I did a simulation of manual bitcoin mining and showed them that theyâ€™d have to try many many times, they were curious about whether they had to do it manually as surely it could be done automatically?

When I showed them pictures of Bitcoin mining farms, they were like â€œWow, this is so cool!â€ While it did get a little technical at times and it was a mandatory course, Bitcoin is an inherently interesting concept that people can easily get passionate about so by if explained well enough.

Students also asked about how Bitcoin could be used as a medium of exchange if the price was not fixed, which is valid criticism since price volatility and Bitcoin’s deflationary nature could jeopardize the success of Bitcoin as a widely used medium of exchange.

Bitcoin can be a politically sensitive subject, was it problematic talking about things like censorship resistance?

Well, it depends on how you approach it. Bitcoin lets you do stuff that your government doesnâ€™t want you to do, and that may be a complicated topic in the DPRK. But if you frame censorship resistance as a method of performing transactions and accessing advanced financial services without having to ask permission from foreign banks theyâ€™re obviously more interested.

When I was teaching them, clearly I couldnâ€™t say â€œYeah you could use this stuff to go on the black market and have access to stuff that you wouldnâ€™t otherwise have.â€ I instead focused on how theyâ€™d be able to use it after they graduate. As a completely socialist country, money is not the primary motivatorâ€”duty to country is.

Thereâ€™s this feeling that a North Korean’s only motivation is to work for their country. By using Bitcoin, you can help regain some agency over your countryâ€™s finances, i.e., handle Bitcoin for the state. The contrast to the rest of the world is incredibly stark once you consider that Bitcoin outside of North Korea is used on an individual level because its users donâ€™t trust their governments or financial institutions to handle their finances.

Whatâ€™s the number one thing that youâ€™d hope students get out of your course?

I really wanted to get them to understand how Bitcoin works and why it is important. Of course, there were exams at the end, and I wanted them to do well in those, but more so I wanted them to understand why we need this complicated system to solve these problems, why it was built in the first place, and how can one have censorship resistance and permissionless finance.

The last thing I wanted to cover was why the Bitcoin token is so valuable and how you can use it to optimise your financial portfolio. If for instance, you mixed bitcoin with other assets it can improve the preference of your portfolio since Bitcoin is not very correlated with other assets. Even if youâ€™re not using Bitcoin to store value, you can still use it as a way to optimize your portfolio.

What surprised you when you went to North Korea?

One thing that really surprised me was that I had greater access to the internet than I did in China. When I transferred from Beijing, I had to use a VPN to access the internet, so it was pretty funny to land in Pyongyang and have freer access to the internet, although of course, such access to Wi-Fi is only available to a few people. I was also surprised that the students had some exposure to the outside world tooâ€”there were quite a few football fans who watched European football.

Wow! Who do they cheer for?

Yeah! I was quite disappointed because they were supporting teams like Barcelona and Real Madrid and I root for Juventus.

What a fascinating insight into North Korea and Bitcoin. Thank you for talking to us, Federico!

TStv Finally Speaks On Shortage Of Sassy Decoders And Accessories

Is it worth to use a VPN for normal browsing? Of course it is!