It appears we are really witnessing the resurrection of Nokia brand but this time around, energized by Android and not Symbian or Series 40 running in their veins. HMD is set to release the X-series and the N-series seems to be next in line.

The companyâ€™s Weibo account posted a tribute post about the Nokia N-series and how it was launched on April 27 2005, 13 years ago. On that faithful day at a press conference in Amsterdam the Finns unveiled the Nokia N70, N90 and N91. 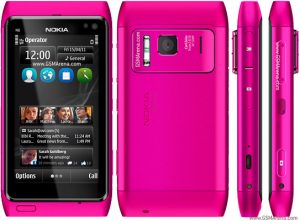 However, the post comes with an invitation â€“ as vague as it is, it looks like an invitation for the unboxing of a new phone. The Nokia X6 leaks is taken the rumour, but could this be a double reveal?

Obviously the phone in the photo is the Nokia N8, one of the best-loved phones of the series and a legendary cameraphone. The N-series always had a thing for photography and their name is tightly bound to Zeiss lenses (a partnership that HMD has rekindled).

Infinix Note 4 Oreo Update Is Now Available. How To Get it