Why would such an embodiment of beauty and an interesting piece of technology like Xiaomi Mi Mix 2s be denied a wireless charging system. Just when we were still thinking about that, the company itself send out a tip concerning the feature, via its official Weibo account. 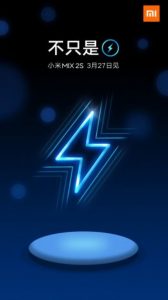 Xiaomi is yet to release a phone with wireless charging, but we hope this is a sign of things to come and all of its upcoming flagship devices join the trend.

The Xiaomi Mi Mix 2 will be announced in Shanghai on March 27. It will have a 5.99-inch display (that will likely sport a notch), a Snapdragon 845 and a dual camera on the back.

Closed Beta Version Of Clubhouse For Android Released Ahead Of Its...