Currently, as a manufacturer, if you don’t make dual camera set up phones, you are not yet into phone making as dual camera phones appears to be the recent standard for photo shooting feature in todayâ€™s market. And that is also what consumers are vying for too. There’s more demand for mobile photography and the dual camera movement seems to be coming to an end to give way to smartphones with tripple camera.

Recently, reports said that Huawei is about to launch P20 with feature 3 cameras on the back. With more cameras, you have more functions. And now, another Chinese company vkworld is also working on a 3-camera phone called vkworld K1. Well, let’s the specs of the vkworld K1. 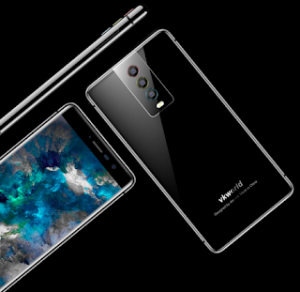 The design is typical metal frame with dual glass. But the rings around the cameras have different colors. And the metal frame is polished like iPhone X.

The main camera is a 16MP sensor. And the second camera is for telephoto, which can support 2.5X optical zoom. And the third camera is for low light performance. The low-light camera will shoot 10 photos and combine them together to create a much clearer picture. It is the same way as Samsung Galaxy S9.

The phone will feature 4G RAM+64G ROM, octa-core processor and also a 4000mAh battery. And vkworld K1 will be released in the middle of 2018.

Facebook Denies Logging Your Call and SMS History Without Permission