The Sri Lankan government has stopped the use of social media networks, including Facebook, Instagram, and WhatsApp, in order to quell violence throughout the country.

A 10-day nationwide state of emergency was declared in Sri Lanka on Tuesday amid increased violence between Muslim and Buddhist communities.

Sri Lankaâ€™s Telecommunications Regulatory Commission, which had reportedly been monitoring social media for hate speech related to the violence, has temporarily blocked Facebook, Viber, WhatsApp, and Instagram in most parts of the country.

On Wednesday, Cabinet Spokesman Rajitha Senaratne said the government had asked internet service providers to block messaging apps after it was Facebook posts encouraging violence towards the country’s Muslim population were discovered. 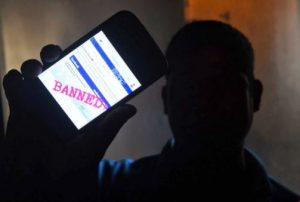 Senaratne said in a press conference Wednesday that officials have been investigating who is fueling calls for riots and that several parliamentary officials had been mentioned.

After a state of emergency was declared on Tuesday, curfews were instated in the central district of Kandy, a popular tourist destination that was the epicenter of Sunday clashes between the Buddhist Sinhalese majority and local Muslims, who make up about nine percent of Sri Lanka’s population.

Travel advisories were issued by the US, UK and Australia.

Sri Lankan President Maithripala Sirisena has called on religious leaders across the spectrum to promote peace among their communities.

You Can Now Video Chat On Facebook Messenger Lite