In November last year, Google integrated money transfers to its Android Messages via Google Wallet which now known as Google Pay Send. Last week, there were some speculations suggesting that the Google Contacts will have the same addition in the nearest feature and now, we have it hitting for some users.

Google Google Contacts’ integration with the company’s Pay Send service has started rolling out in Canada according to a Nexus 6P user in the country who shared screenshots of the updated Contacts app (v2.5) that contains a new Send option for making payments. 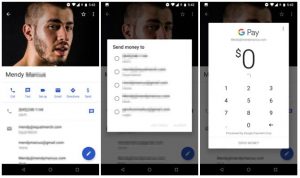 ALSO READ:Â Google Lens now available to everyone on Android Via Google Photos

It’s a server side change. The user, however, was unable to use this feature as the â€œSendâ€ button isn’t functional for them yet. In addition, they don’t have Google Pay installed.

The roll out appears to be in the very initial phases at the moment, but that should change sooner than later.

New studies say that you cannot get killed by cellphone radiation

Up To 61 Samsung smartphones have banned in Russia due to…