Well, a Spanish company, named Escudo Web has developed a smartphone specially aimed at kids. This was showcased at MWC 2018. 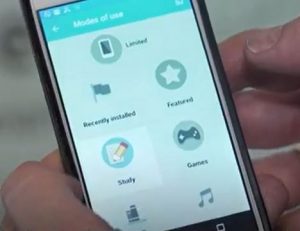 The device which is called PhoneKid enables parents to control it through an app. You as a parent can device which apps your kid can access â€“ by enabling different modes â€“ and can even block and replace the handset’s home screen with an activity command.

PhoneKid is powered by a special version of Android, designed to prevent youngsters bypassing its protections.

Other features includes, the inability of the device to be turned off, and the same goes for Geolocalisation as well. There’s also an SoS button that silently initiates a call to the parent’s phone – useful in emergency situations.

Will love to get one for yours?