Talking about one of the greatest database for articles, Wikipedia is first. It has developed to be relatively important due to its huge archive of articles of practically whatever you want to know. It is one of the top sites with huge traffic and its importance cannot be overlooked.

In a move to ensure that more people can have access to its service, Wikimedia Foundation (the body behind Wikipedia) launched Wikipedia Zero back in 2012. And now, the same foundation is about to pull the program down. A bit surprising!

How Many People Will Be Affected By Wikipedia Zero’s Dead? 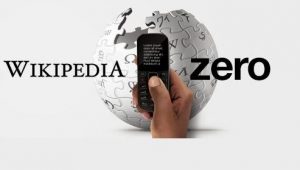 According to Wikimedia, within the 6 years of operation, the organization was able to partner with 97 mobile carriers in 72 countries and this granted more than 800 million people access Wikipedia for free. But, it discovered that since 2016, there has been a â€œsignificant drop in adoption and interest in the programâ€ and could possibly be as a result of change in mobile data costs.

ALSO READ:Â How Mobile Technology Moved The World To The Future

Wikimedia also said that â€œthere are many barriers to making this vision a realityâ€ where the vision is to create the worldâ€™s knowledge. The organization failed to specify the other barriers apart from the change in data costs, but you could predict that they include aspects such as net neutrality, thanks to its zero rating model, regulators could be wary of it.

All in all, this move is going to affect millions who used the service for free without being charged for data connection and will have to return back to the previous model of getting data bundles to access Wikipedia. Nevertheless, Wikimedia have a plan and it involves increased awareness of Wikipedia which has led to the increased awareness of the service by more than 30% in Iraq for example, so this could be the way forward for the organization.

Access to Wikipedia blocked by Turkish Govt. over â€œsmear campaignâ€

MechDome Working On How to bring Android apps to Windows 10