Many will ask themselves that who doesn’t know what a smartphone looks like and how it works. Well, it’s not so as recent cutting edge of mobile technologies can sweep one’s feet away and we will all assume everyone knows and understands what a smartphone is and what a feature phone is. In this post, you will get a good explanation on the differences between smartphones and feature phones. 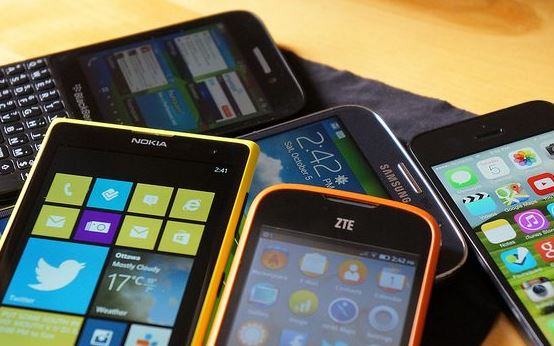 What Is A Smartphone?

A smartphone is a cell phone that has advanced functions similar to a personal computer. Those computing functions include an operating system, ability to install and run downloaded apps, email and web browsing. Essentially, a smartphone is a mobile computer.

As such, you can create and edit Office documents and other kinds of documents, edit images and video, read ebooks, manage websites and web servers, run accounting software, run health monitors and medical software, and a whole lot more.

Smartphones evolved from the marriage of mobile phones (or cell phones in American parlance) and PDAs (personal digital assistants). PDAs were handheld devices that featured a large screen, a QWERTY keyboard or a touchscreen and stylus for text input, personal organizer, web browser, and other computing abilities.

Eventually, manufacturers began to combine telephony into PDAs or PDA functions into telephones. Operating systems for mobile devices evolved along with that. And so the first smartphones were born. These first smartphones included the Nokia Communicator series and the Sony Ericsson R380, among others.

Today’s smartphones are mostly classified based on the operating systems that they run Android OS, iOS, Windows 10 Mobile, etc.

Over 80% of the smartphones in the world today run Android OS. The remaining 20% is largely iOS, with a smattering of smaller platforms that have not gained any significant user base.

The Difference Between Smartphones and Feature Phones?

Feature phones often provide a basic calendar, media player, alarm, and a few others. As mentioned before, the range of activities that are possible on a feature phone is much more limited than what obtains on a smartphone.

What is a Smart Feature Phone?

The emergence of a new category of cell phones called smart feature phones has further blurred the lines. A smart feature phone is a basic cell phone that has some of the qualities of a smartphone. It has an operating system that allows the installation of 3rd party apps, and it has an app store. See?

Smart feature phones have small screens and are able to run on very low processors and RAM. KaiOS is the first smart feature phone OS and it has gained serious popularity since its debut. As a matter of fact, it is the world’s 3rd largest mobile OS by market share now in 2019.

There you have it. Hopefully, this article helps you better understand the differences between smartphones and feature phones.

Advantages and Disadvantages of Wireless Chargers