The Brand Nokia is gradually coming back in terms of popularity and winning the heart of many. According to a report by Counterpoint, HMD has sold 4.4 million smartphones in Q4 of last year. Neil Shah who is an analysts at the company, says the 1% market share puts it just outside the Top 10 â€“ Nokia is in 11th place. The question is â€œCan Nokia smartphones take on the world againâ€?

Nokia was once the worldâ€™s leading smartphone maker and the number one Top Brand. It ruled the mobile business for about ten (10) years, but dropped from that position which is sought-after by its rivals after failing to keep up with the change of times. The company had to even seek the hand of Microsoft to make Windows-powered smartphones but that didnâ€™t couldnâ€™t save them.

HMD finally brought Nokia brand back to limelight by launching its first set of proper Android smartphones in 2017.

To be more explanatory, HMD sold more Nokia-branded phones in the final three months of 2017 than the below companies (individually):

There was also a revision on Nokia feature phone as well. The company took the top spot in the last quarter with 20.7 million units sold and considering the total phone market (smart + feature phones), HMD is in 6th place (with a 5% share of the overall market). 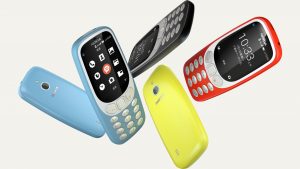 Nokia smartphones are among the Top 3 in the UK for the same quarter and in the Top 5 in Russia, Vietnam and most Middle Eastern markets. This is simply a resurgence from the company and good for a company that is barely a year old at this point.