The original Nokia 8110 gained fame with the name Matrix Phone because it was featured in the 1999 blockbuster movie, The Matrix, starring Keanu Reeves as Neo. But we are now talking about the reformed version of the phone -the Nokia 8110 4G edition.

The original Nokia 8110 was a high-end phone with a slider form factor in the shape of a banana. It was released in 1996. I realise that some of our readers were not born then or are not old enough to know this phone, so a little introduction is in order. Here is what it looked like: 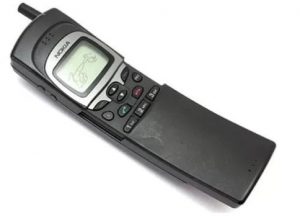 The 8110 was a feature phone, but a very expensive one, as it was designed for business users. Back then, sliders were uber cool. The phoneâ€™s slider covered a traditional alpha-numeric keypad.

As the name spells out, the Nokia 8110 4G is a 4G LTE cell phone that runs Smart Feature OS, a forked version of the now discontinued Firefox OS. The platform has an app store that already runs on 30 million devices in India and North America. And Facebook has committed to building an app for it too.

Nokia 8110 4G has a small 2.4-inch display, has a 2 megapixel main camera, will have single and dual SIM variants, is able to synchronize your contacts, email and calendar, as well as allow you share its 4G LTE internet via a mobile hotspot. Nokia claims it will deliver 25 days standby time. 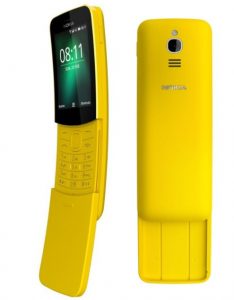