Recall in January, Google announced that it will be combining all its various payment services into the new Google Pay brand. And now the new Google Pay app for Android has become reality and available. This is simply saying farewell to both Android Pay and Google Wallet.

The Google Pay app is actually just one part of everything the search giant has planned in this space. Sooner or later, all Google products will support Google Pay, including Chrome and Google Assistant. And also, websites should start accepting Google Pay as well as in apps, and “at your favourite places around the globe”.

Google Pay works for transit fares in Kiev, London, and Portland at the moment, with more cities promised to come soon. You can also fill online payment forms with the new app, just like you were used to doing with Android Pay. And like that, Google Pay has an extra layer of security compared to using a credit or debit card directly, since your actual card number isn’t shared when you use it in stores. 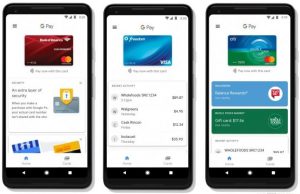 The app has two tabs. Home houses your recent purchases, lets you find nearby stores, allows for easy access to rewards, and shows helpful tips. Cards has a self-descriptive name – it’s where you keep everything you need at checkout, be that credit and debit cards, loyalty programs, or gift cards.

“Within the next few months” you’ll be able to send and request money through Google Pay, but only in the US and the UK. In the meantime, that functionality lives inside the Google Pay Send app, which is just a renamed Google Wallet.

Tecno Camon i2 Specs & Price: Comes With A Big Notched...

All Nokia Smartphones Will Get Android P