So far, HMD Global has been successful in the revival of the nostalgic Nokia brand of smartphones with worldwide commendation. While the year 2017 could count Nokia 3310 among its phones with ecstasy, we were able to witness the return of the Nokia 8110 (banana phone) at MWC 2018. And now Moto RAZR appears to be shaking its grave.

According to a TechRadar report, the Lenovo CEO said that Motorola could be bringing back the then popular RAZR to life the nearest future. 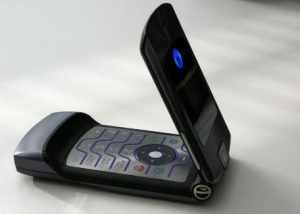 Yang Yuanqing was asked about a possible Motorola RAZR revival to which Yuanqing commented,

â€œWith the new technology, particularly foldable screens, I think you will see more and more innovation on our smartphone design. So hopefully what you just described (referring to the Moto RAZR brand) will be developed or realized very soon.â€

When asked to confirm if he was precisely talking about the RAZR, he replied,

â€œI think I have already answered the questionâ€.

With the success recorded by HMD in updating classic Nokia phones, can Motorola be an excellent candidate to reviving the Motorola RAZR? The Moto RAZR was perhaps the most iconic clamshell-style cell phone of all time, recording an amazing sales of 130 million units during its time.

So if the RAZR brand returns, then this truly proves that Man always goes back to its past but in a smarter way. Much like Nokiaâ€™s way, we could see a new version of the Moto RAZR updated for 2018 with a new body and updated camera, display, and features.

So, what do you think about this move if itâ€™s going to be real?

Join Us On Telegram
ALSO READ:  Motorola RAZR V4 Is Going To Be The Sexiest Foldable Phone Of The Year
Advertisment